No more nagging! How To Talk To Teens 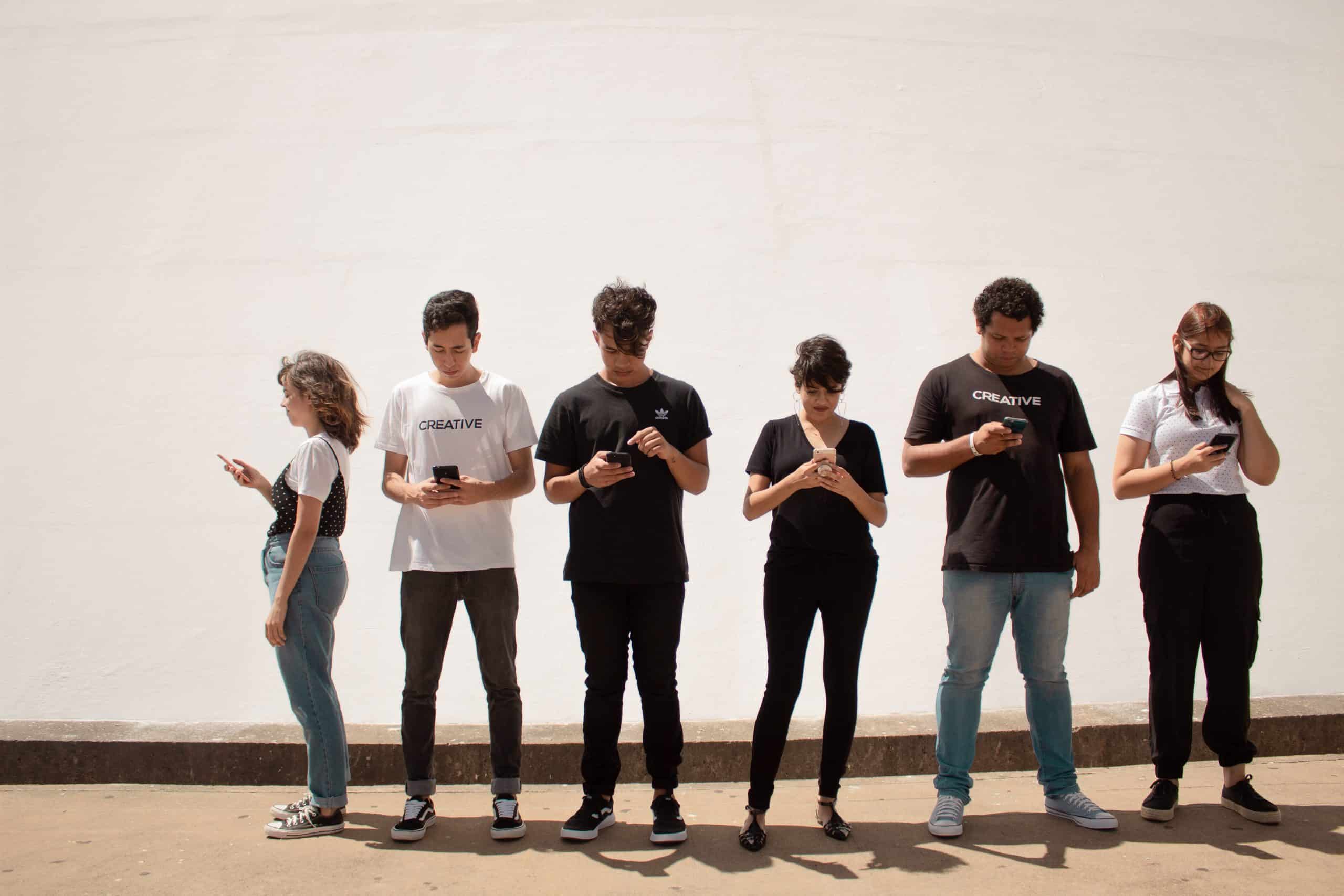 Posted by Dr. Sherry and kaitlynekelly on February 1, 2022 | Featured

Today’s teens are experiencing higher rates of anxiety and depression than ever before due largely to the COVID pandemic (NIH/CCD 2021), and knowing how to talk to teens is vital. Although they have good intentions, parents may not realize that their communication style and what they choose to focus on might be making their teen more distressed. How can parents engage their teens in conversations, instead of battles? How can parents understand how to talk to teens in a way that doesn’t sound like nagging? How can teens understand what their parents nagging is really about?

Both parents and teens often feel like they are “walking on eggshells” when trying to communicate with each other.  Problems typically arise from communication breakdowns when setting limits or boundaries. If you find that your attempts to speak with your teen are actually causing more anxiety or stress in your relationship, then it’s time to transform how you communicate. Need parenting advice? Here’s how to talk to teens so you can transform one-sided conversations into greater understanding of your child.

How To Talk To Teens

Decide which battles you want to pursue and, before you advance, ask yourself if it is really that important. This is particularly true for older teens. From a teen’s perspective, if you get so upset about the “small stuff” in life, how can they trust you enough to share the “big stuff”.  For parents, do you really want to expend energy on arguing about what your teen is not even that bothered by (eg. clothes, torn jeans, hair).  Parents should ask themselves what is so uncomfortable that you seek to notice it, or stop and identify what is making you so uncomfortable. The important issues take precedent. The nagging about the small stuff might actually indicate that a deeper conversation is needed about boundaries, rules, and expectations.

2. Be Consistent & Be Concise

Communication problems and subsequent arguments can arise if the boundaries, rules, and expectations have not been confirmed way ahead of time.  When parents change the rules or limits, it can feel punitive to your teens.  Be careful not to change the rules or consequences when learning how to talk to teens. This is akin to crazy-making for your teenagers. Their teenage alarm system of “That’s Not Fair!” goes into overdrive. Why was it ok last week, and now it’s not? Write down expectations and rules with your family’s involvement.  Have your kids and teens invested in the process of creating clear expectations, responsibilities, rules and consequences – before problems begin.  A good time to re-evaluate the rules is when your teen begins high school and before they start driving.

Parents often say things out of concern, or because they are anxious about their teen. Their intended message, however, sounds like nagging or (worse) a command. How a parent delivers the message really matters. Often, teens are not responding to the content of the parent’s statement, but (instead) the way it was stated. As a result, the argument becomes about the words used or the tone, instead of the original message. Instead of stating it in an authoritarian or controlling way (“You better be home by 10 PM!”), think first about what you actually wish to convey to your teen (“I love you and worry about your safety.  I want you to enjoy yourself, yet I also want you home safely by our agreed curfew time”).

4. Identify The Words That Ignite That Heated Argument

Do you know the words that set off negative responses in your teen? Do you know their words that will set off the negative reaction in yourself? By now, you probably know what buttons to push in your teen because you put them there. Resist the temptation to launch a stealth weapon of words to retaliate or hurt your teen because of your own pain, or perceived loss of control.  The key is for you and your teen to respond effectively, rather to react in a power move.

5. Never start a sentence with “Don’t”

Even if it is “Don’t forget to…”, the word “Don’t” can actually have the opposite effect and your teen will forget the message, or ignore you completely. Instead, you can choose words like “Remember to…” or pairing the reminder with gratitude. For example, try saying something like “We really appreciate you stopping by the market today and helping us out.”

Another word to be on alert for is the “But” word. The “But” word is like putting on the brakes.  For example, saying to your teen “I know you want to go out, BUT it’s a school night!” will most likely start a chain reaction of arguing. Learn how to talk to teens by saying the following, instead. “I know you want to go out, AND it is a school night. How do you see this working out for both of us – what is a good game plan?”  The “But” word can not only spark a negative reaction, but it can also herald an oncoming excuse or deflection. The “But” word is also something to be tuned into with your teens because it’s akin to them “putting the brakes on” due to fear.

For example, “ I tried to get a job, BUT I have no experience!” Take that “But” as an indication that your teen needs assistance due to fear or lack of knowledge. The ineffective response mode for a parent would be something akin to “That’s just an excuse!” A better response mode is to explore what is behind the “But”. One way to do this is for you to help yourself or your teens switch out the “But” with an “And”. What happens if you ask your teen to try that same sentence about the job seeking (see above) this way? “I tried to get a job, AND I have no experience!” This statement states a fact and it can lead to problem solving, rather than just having the breaks on.

Even well-meaning parents can make the common mistake of judging the emotions or feelings expressed by their teens.  Emotions should not be criticized or judged by anyone. “That’s silly”, “You shouldn’t cry”, “How can you be depressed, you just had a vacation!”, or “You shouldn’t feel hurt, what did you expect?” are statements that a parent might make in an attempt to bring rational reasoning into an outpouring of emotions that evokes their own discomfort. What these statements are bringing, however, is not comfort or rationality. Instead, these statements can feel invalidating to your teen.  Also, when we diminish the feelings expressed by our teens it is actually training them to not trust their emotions. If you don’t know what to say, ask them to tell you more about their feelings. Validate the emotions by acknowledging what they have shared.  You can always say in an authentic way, “Help me understand”.

Our App is full of free health resources and you can connect with like minded individuals. We also offer a 1 Month Free Trial for our membership. 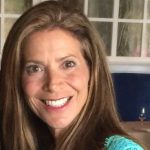 Dr. Sherry Skyler Kelly, PhD, is a licensed clinical psychologist and neuropsychologist. She has over 30 years of experience in the field of health psychology and child development. She earned her Doctorate in Health Psychology from Yeshiva University.  She is a former National Institutes of Health (NIH) and National Cancer Institute (NCI) Fellow in psycho-oncology and neuropsychology.

Kaitlyn Kelly is the 18 year-old co-founder of PositiviTeens® Workshops. As a young teen in 2018, Kaitlyn was personally impacted by a high school shooting in her childhood hometown of Parkland, FL. That day, she witnessed, through live social media feeds, the unfolding violence upon friends and former neighbors while she sat in her school one town over. The secondary trauma of bearing witness to violence via unfiltered social media, as well as the developmental cost of violence depicted in consumer-entertainment platforms, inspired her to take action.
Addressing the psychosocial impact of violence, depersonalization, bullying and negativity that permeates social media on today’s youth was in response to the Parkland tragedy. During the pas 3 years Kaitlyn has worked to bring easily accessible mental health care to young people. Kaitlyn and her mother, a Clinical Psychologist (Dr. Sherry Skyler Kelly), developed an empowering program of Positive Psychology and Cognitive-Behavioral strategies to not only support and educate students, teachers and parents, but to also provide evidence based interventions to promote greater emotional resilience. The effects of digital technology on teen culture, communication, and relationships is one of the timely topics covered in the PositiviTeens® workshops and webinars. Kaitlyn’s unique perspective as a teen, and as a student of Positive Psychology, provides a foundation upon which enacting change for growth is relevant to young audiences. Kaitlyn has co-presented PositiviTeens® webinars to audiences in the USA, Middle East and China. Learn more at PositiviTeens®.com

Comments are closed.
No more nagging! How To Talk To Teens
Manage Cookie Consent
We use cookies to optimize our website and our service.
Manage options Manage services Manage vendors Read more about these purposes
View preferences
{title} {title} {title}

Please confirm you want to block this member.

You will no longer be able to:

Please note: This action will also remove this member from your connections and send a report to the site admin. Please allow a few minutes for this process to complete.

You have already reported this .